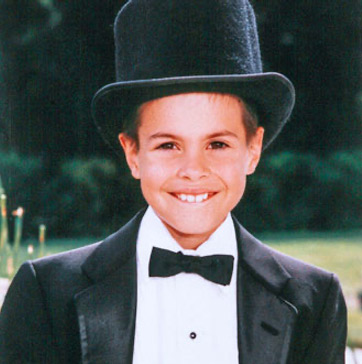 Michael Andrew Hoefflin was born January 10th, 1986 in Los Angeles, CA. As he grew, his good health and athletic ability was matched with energy and enthusiasm. He was always a very warm and loving child.

At the end of his kindergarten school year, Michael had flu-like symptoms that didn’t improve with various treatments by his pediatrician. After a few weeks of illness, the occurrence of double vision prompted a brain scan.

On July 13th, 1992 at the age of 6, Michael was admitted to Children’s Hospital Los Angeles where he was diagnosed with a brain tumor; PNET/medulloblastoma — an aggressive form of brain cancer.

Following brain surgery to remove the large tumor pressing against his brain stem, Michael received weeks of rehabilitation therapy to recover from the impact of surgery. He needed physical therapy to regain his strength, his ability to walk, speak clearly, and perform the most basic activities in order to care for himself again.

Once he was strong enough, Michael received both radiation and chemotherapy treatments during the subsequent months. To everyone’s great disappointment, doctors found that a small amount of the cancer had survived the early treatments and had spread into his spine. Children’s brain cancer has a propensity for recurring; however, a relapse this early into a child’s treatment was unusual, signaling the threat of a very resistant form of cancer.

Michael was prescribed mega-chemotherapy, which also required a bone marrow transplant to rescue him from the devastating side effects of the toxic therapy. Using newly-perfected techniques, Michael’s own marrow was harvested, processed and frozen for later transfusion following the chemotherapy. That recovery process required him to be in total, sterile isolation for weeks.

Michael’s recovery from the mega-therapy and bone marrow transplant was very slow and difficult. Month by month Michael improved, however, and he worked hard to get stronger. He was fortunate to have 17 months of remission following that procedure. During that period, Michael enjoyed his second grade year in elementary school and resumed some of the activities he had enjoyed prior to becoming ill. 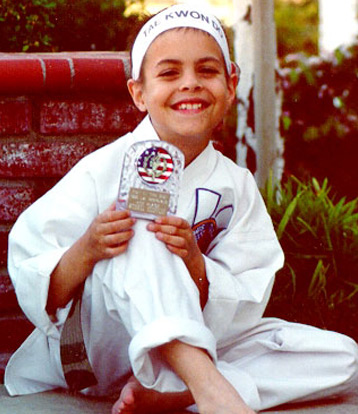 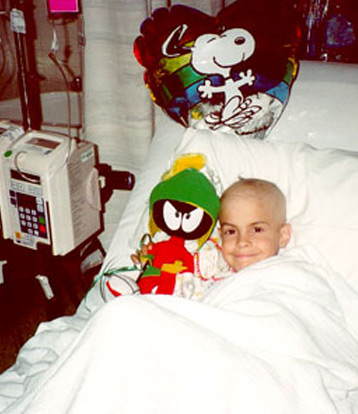 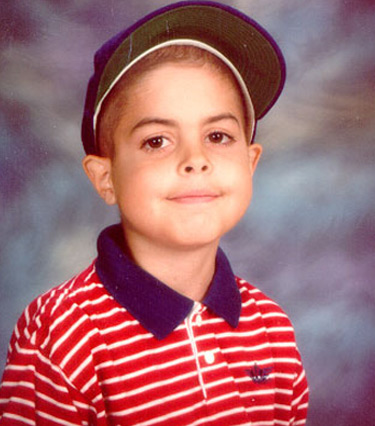 Michael’s routine screening in May 1994 showed his cancer had returned and was actively growing again. The doctors were very clear: each recurrence poses a much more difficult battle than the last.

Michael immediately began treatments with the most recently-discovered and promising chemotherapy drugs. Unfortunately, the brain cancer cells that had survived were the strongest and most resistant to medical technology known at that time and the five varied treatment programs Michael received between June of 1994 and December of 1995 all failed. During that period of treatments, the cancer had advanced significantly with diffuse disease forming dozens of tumors throughout his brain and spine. But you wouldn’t guess that by seeing him. Michael insisted upon being active, and had a persistent smile on his face.

A series of major setbacks began early in September of 1995, but Michael fought very hard to rebound as much as he could from each. Amazingly, despite his declining condition and very young age, Michael continued to maintain his positive attitude. He wanted to help others in need, and was a grand spokesman for the many other children suffering with cancer.
Everyone who knew Michael, including the doctors and researchers, were astounded by his perseverance and positive attitude. Throughout his long ordeal, Michael was a very courageous and determined young man. He had a strong spirit, refusing to dwell upon his situation; he cared more about how others were doing.

Inspired by his amazing example, Michael’s family and friends in 1994 reached out beyond the fight for just Michael’s recovery and included the tens of thousands of other afflicted children. With the commitment to being a positive force in the advancement of effective treatments, the compassionate support to afflicted children and their families, and ultimately the discovery of cures for childhood cancers, the Michael Hoefflin Foundation was formed in September 1995.

Michael showed us how to face life: When you’re feeling good, go out and enjoy what life has to offer without a thought about your problems. Share your love and concern for others, and always wear a smile. And when you’re not feeling well, deal with it, then immediately return to having fun.

Michael’s loss on May 15th, 1996 brought immense sadness, and reaffirmed the critical need to eliminate cancer as a threat to our children. Michael is dearly missed and continues to be our inspiration.