The Michael Hoefflin Foundation for Children’s Cancer is a public non profit 501 (c) (3) foundation that provides financial and emotional support to children and their families in the Santa Clarita and surrounding valleys. We strive to educate the public and provide grant funding for innovative research to accelerate progress in the fight against pediatric cancer. 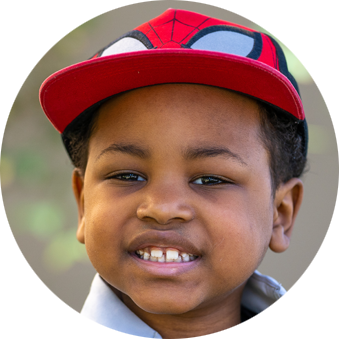 Hope. Help. Healing.™
The Michael Hoefflin Foundation was established in 1995 in honor of a young boy named Michael Hoefflin, who had recurrent brain cancer. During his struggle, his parents, family, friends and neighbors, rallied together and formed the Foundation. The Foundation was created with the desire to help all children with cancer, using Michael’s kind spirit and compassion for others as a guide.

Before his passing in 1996, Michael played a key role of inspiration while the mission of the Foundation was being developed, and the goals of the organization bearing his name were being established. Today, as at our founding, we are here for them – the smiling ones, the brave ones, the ones full of hope and mischief, the ones diagnosed with cancer. These are our children.

The Michael Hoefflin Foundation is here with a simple wish – to put an end to children’s cancer in all its forms. Our goal is threefold: we are committed to finding better treatments and cures through medical research; to promoting awareness of childhood cancer; and to assisting local children and their families through outreach programs with love expressed through both emotional and financial support.